It’s no secret that evolution is a tricky subject to explain to a child, and is often seen as more than a little controversial. But when boiled down to its simplest meaning – living creatures change over time – evolution seems less perplexing and we can begin to open up a discussion with kids. After all, evolution is the cornerstone of the life sciences, and kids that have a general grasp of the subject are better prepared to learn about life on our planet.

The project stems from years of research on the guppy, found in streams on the Caribbean island of Trinidad. It started with an observation; biologist John Endler was surprised to find a wide variety of guppies in the wild, some with vivid coloring and large spots while others were drab and relatively colorless. Through meticulous research Endler pieced together that male guppies have bright colors to attract females (but the bright colors also made them more vulnerable to predators).

Endler conducted an experiment where he placed guppies in ponds where there were no predators and waited for many months. When he came back he discovered that the guppies had significantly more color spots than guppies in a similar pond with predators. He was on his way to showing that male guppy color patterns evolve as a trade-off between attracting females and avoiding predators. He demonstrated evolution in action, right before our eyes.

Unfortunately there aren’t a lot of resources out there for parents to begin to expose their children to basic evolutionary concepts. We hope this free app and website will be a launching point for you to begin to discuss evolution and the beauty of life on Earth with your children. Have fun!

How to use the app

Guppy Guppy Evolution begins by introducing you to a guppy named Gus who lives in a tropical stream. Tap the screen to bring Gus and the other stream creatures to life and hear what they have to say. Look for the tap icon in the upper left hand corner of the screen – when you see it you’ll know to keep taping to reveal more of the story. By pressing the microscope button on the home screen you can watch videos that go in more depth on the foundational concepts of evolution and how the humble guppy fish has increased our understanding of how living things change through time. You can also access the Guppy Guppy Evolution website to learn more about how scientists study guppies to better understand evolution.

Before humans went digital there was the caravan. Caravans were historically the way that information and stories were transferred from one group of people to another. It was how progress was made. We are a media lab that acts as a kind of modern day caravan, using digital technologies to bridge the scientific community to the rest of the world.  We make videos, websites, and mobile apps to tell stories that spread meaningful ideas. See what we’ve been up to on our website.

A grant from the National Science Foundation made this app possible. 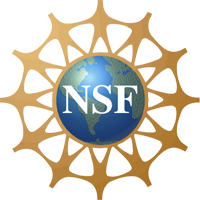 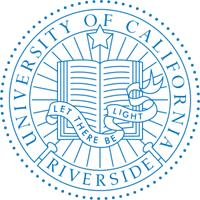